Characteristics of detectors for prevention of nuclear radiation terrorism


There is consideration of types of detecting systems in use for the task of nuclear terrorism cases prevention to disclose and identify the a dangerous source and to find the correct direction to the radioactive source.

The fist type of system to determine geometrical structure of radiation field is modular detector with anisotropic sensitivity. The principle of work of a modular detecting device is the simultaneous operation of several detecting modules with anisotropic sensitivity to gamma radiation. Basic error for detection of direction to the gamma rays sources (for 137Cs) not more than 10 is reached for four (NaI(Tl) module system.

For the detection of neutron radiation sources and analyzes their spectra using a multilayer neutron detector based on layers of helium-3 counters and polystyrene. The design of such a detector is optimized so that it has the highest efficiency for 252Cf fission neutrons detection and for a softer spectrum of the fissile material, placed in a simple protective case made of steel with a thickness of 0.5 cm and 4 cm thick polyethylene.

Finding the directions to the gamma radiation source

Basic error for detection of direction to the gamma rays sources (for 137Cs) not more than 1° is reached for four (NaI(Tl)) module system Collimation to the 2π steradian (half –space); Energy range for registered radiation from 0.1 MeV to 2.5 MeV; The car velocity -60 km/hour; Distance between the source and the car-200 m. 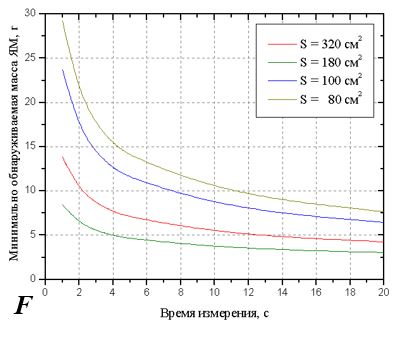